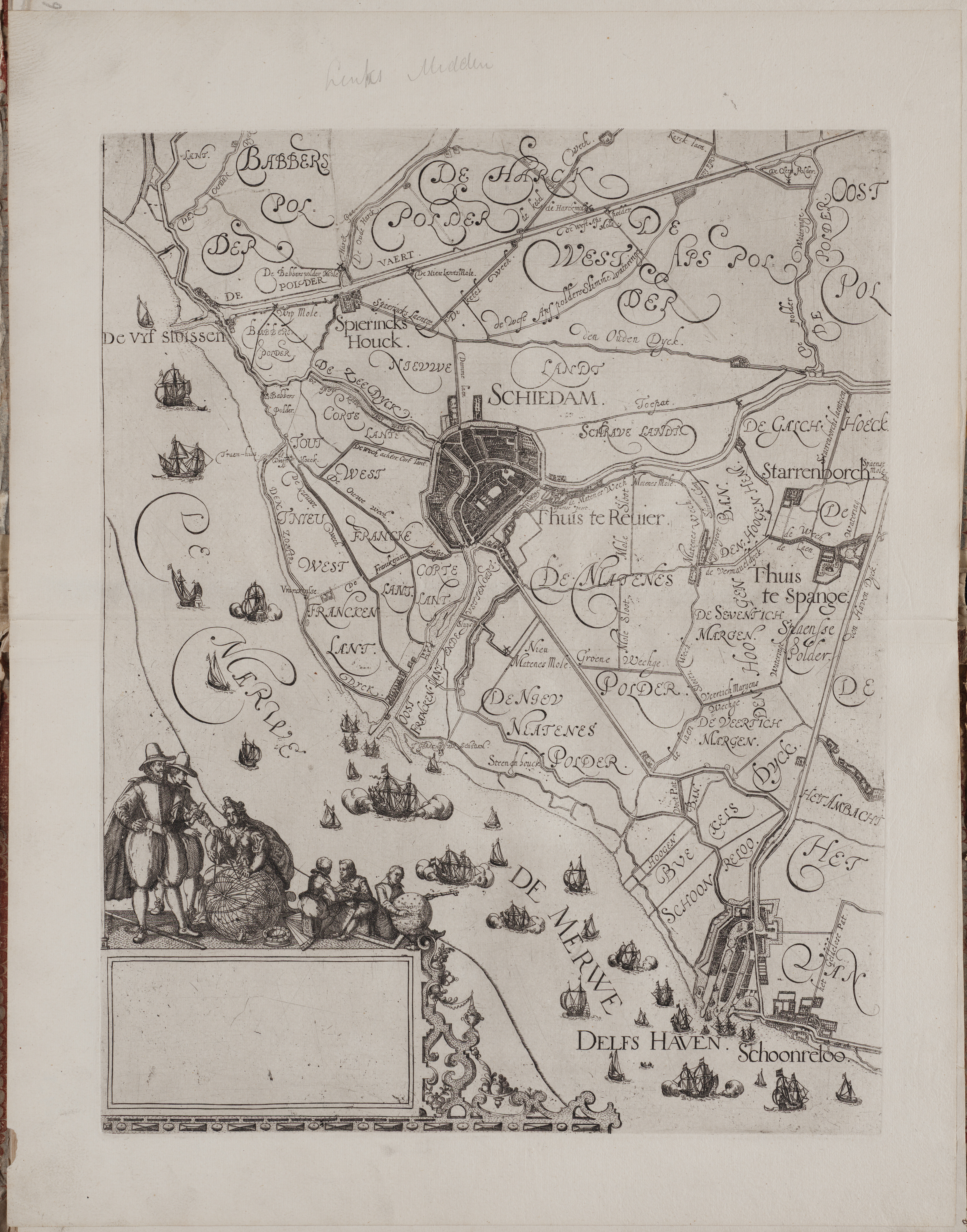 Spinoza stayed in the trading port of Schiedam between late December 1664–mid-February 1665, quite possibly to escape the plague that swept The Hague and surrounding villages. Spinoza planned to stay only briefly in Schiedam. On January 5, he wrote in the postscript of a reply to Van Blijenbergh: ‘I shall be at this orchard three or four weeks longer, and then I intend to return to Voorburg’ (1665.01.05, Ep. 19). Despite his plans, Spinoza returned to Voorburg sometime after February 19, 1665.

The Langen bogert (the ‘Long Orchard’) was a homestead located in the countryside in the east (Oud-Mathenesse, Rotterdam) of Schiedam. The estate—presumably a small manor with a farm and a long-stretched orchard—was owned by Alewijn Gijse. He was a Mennonite merchant and, most significantly, the brother-in-law of Simon Joosten de Vries, Spinoza’s friend and confidant in Amsterdam.