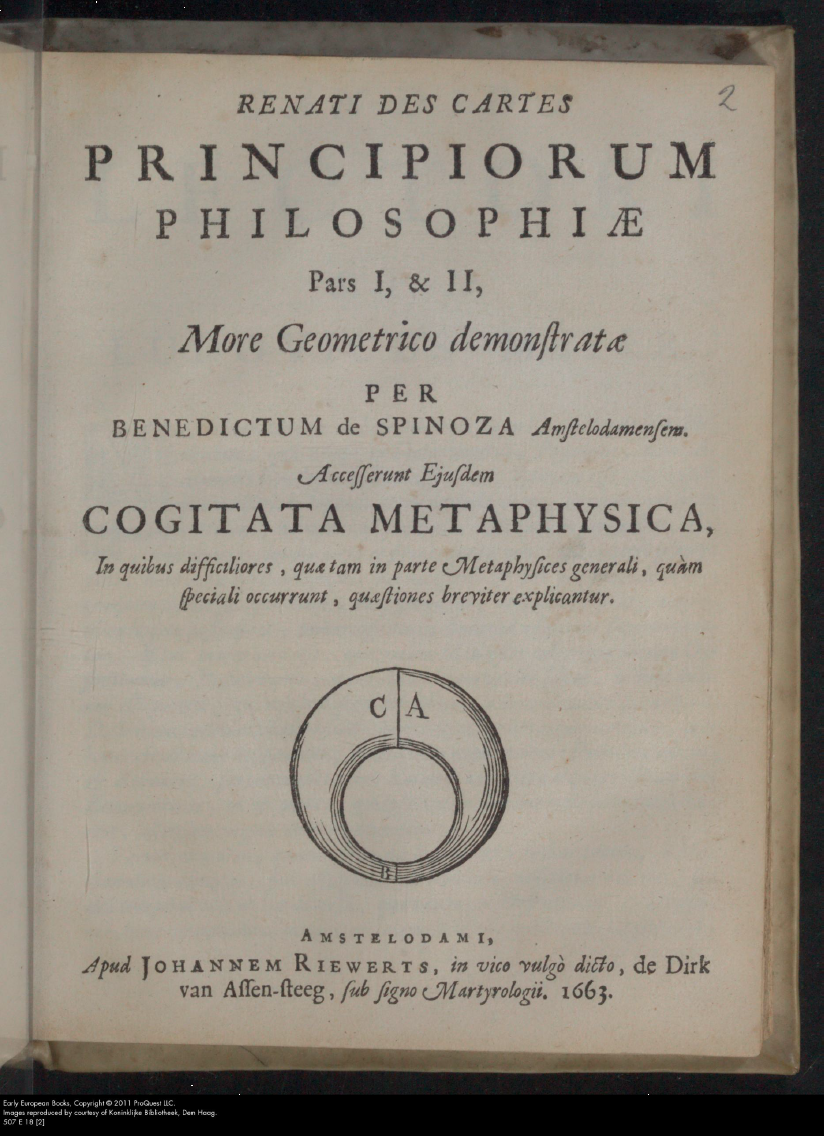 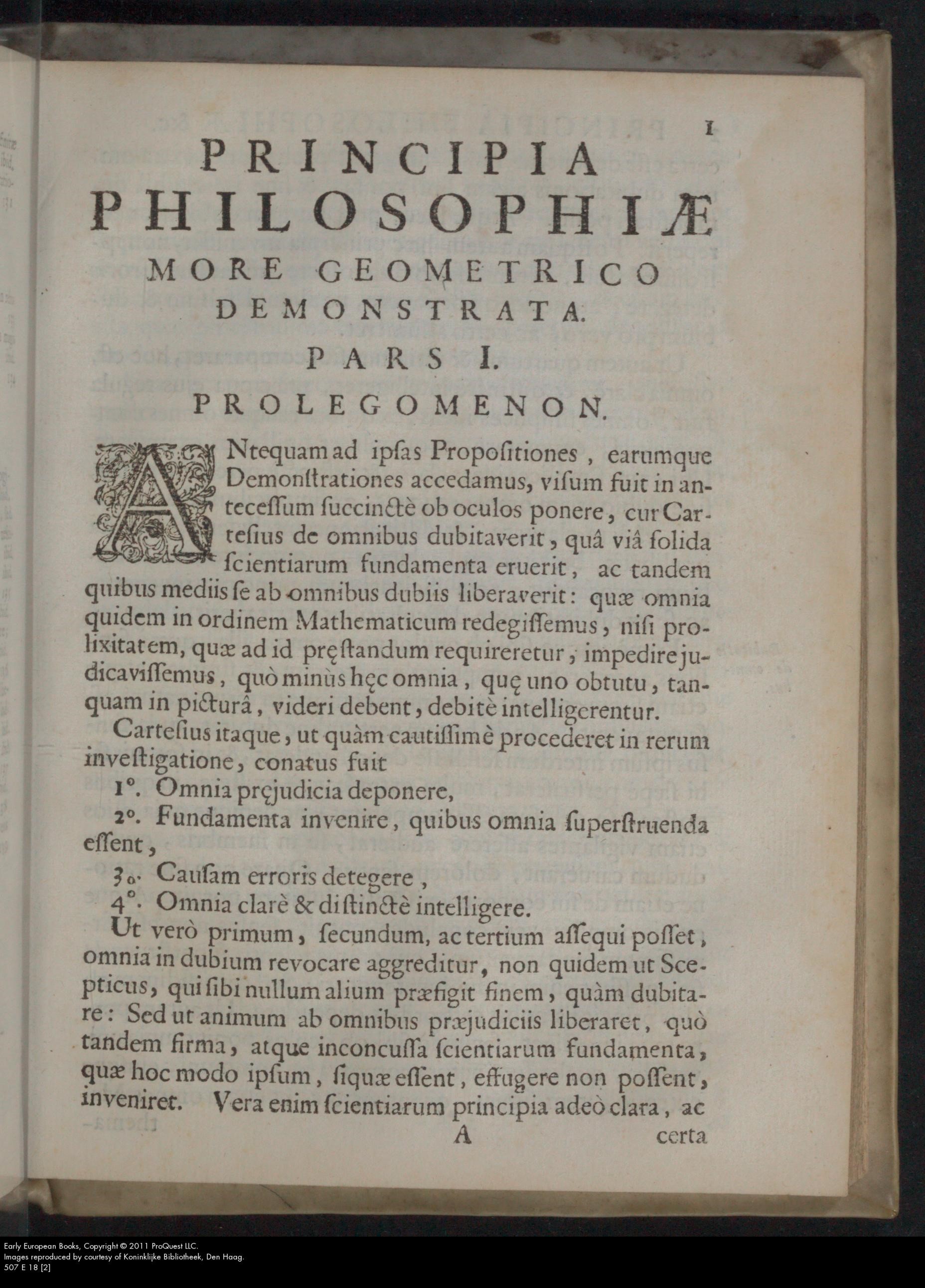 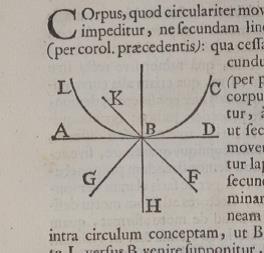 In the early 1660s, Spinoza’s Amsterdam friends and admirers urgently implored him to complete, refine, and also publish his first major writing project: an alternative interpretation of Descartes’s ‘Principles of Philosophy’ (1644). Spinoza originally started that propaedeutic project in the form of private lessons (selections from Parts 2 and 3 of ‘Principles of Philosophy’) taught in early 1663 to a young Leiden student, called Johannes Casearius, who temporarily also lived in Rijnsburg in the house of painter Daniel Harmensz Tydeman. He willingly complied with their wish and presented this work to them in a geometrical form (instead of Descartes’s rather informal prose), a comprehensive enterprise brought to a head in his first book Renati Des Cartes Principiorum philosophiae pars I et II; Cogitata metaphysica.

Spinoza cleverly billed this geometrical reorganisation as a strict rationale of Descartes and of his noted method of doubt that radically ruled out any topic of divine providential purpose in his study of nature. Most significantly, he also appended to it his own critical neo-scholastic metaphysical moorings about the notion of being and the intrinsic nature of God—left aside by Descartes—in the annex Cogitata metaphysica.

Spinoza in a letter of July 17/27 July 1663, promised Henry Oldenburg to send him soon either a printed copy of Renati Des Cartes Principiorum philosophiae pars I et II; Cogitata metaphysica ‘or a written summary of it’. Should you want one or two copies of that very work ‘now in the press’, he writes to his London-based correspondent, ‘I shall comply with your wish as soon as I learn of it and of a way I can conveniently send the work to you’. From this intriguing statement, it can be inferred that by then portions of Spinoza’s digest of Descartes were being processed in Amsterdam.

Spinoza’s manuscript, and/or an apograph (with editorial interventions by Meyer), served as the printer’s copy, but is no longer extant.

Spinoza’s friend the Amsterdam doctor of medicine Johannes Bouwmeester is credited with having composed the dedicatory poem ‘Ad Librum’ (sig. **2r) which can also be found in the Dutch translation Renatus Des Cartes Beginzelen der wysbegeerte, I en II Deel; Overnatuurkundige gedachten). That disguised Latin panegyric (10 lines), in which the author expresses hope that Spinoza one day would expound his own work like he also did with the work of Descartes, is only signed ‘I.B.M.D.’ (‘Iohannes Bouwmeester Medicinae Doctor’).