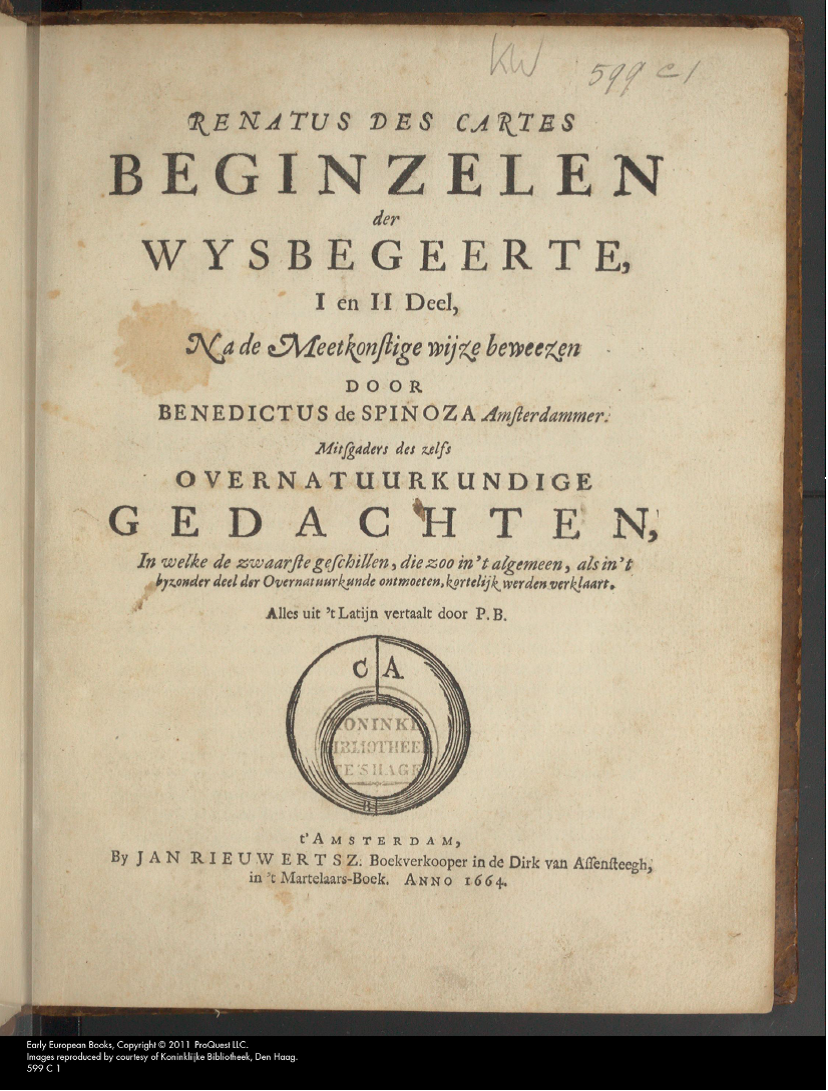 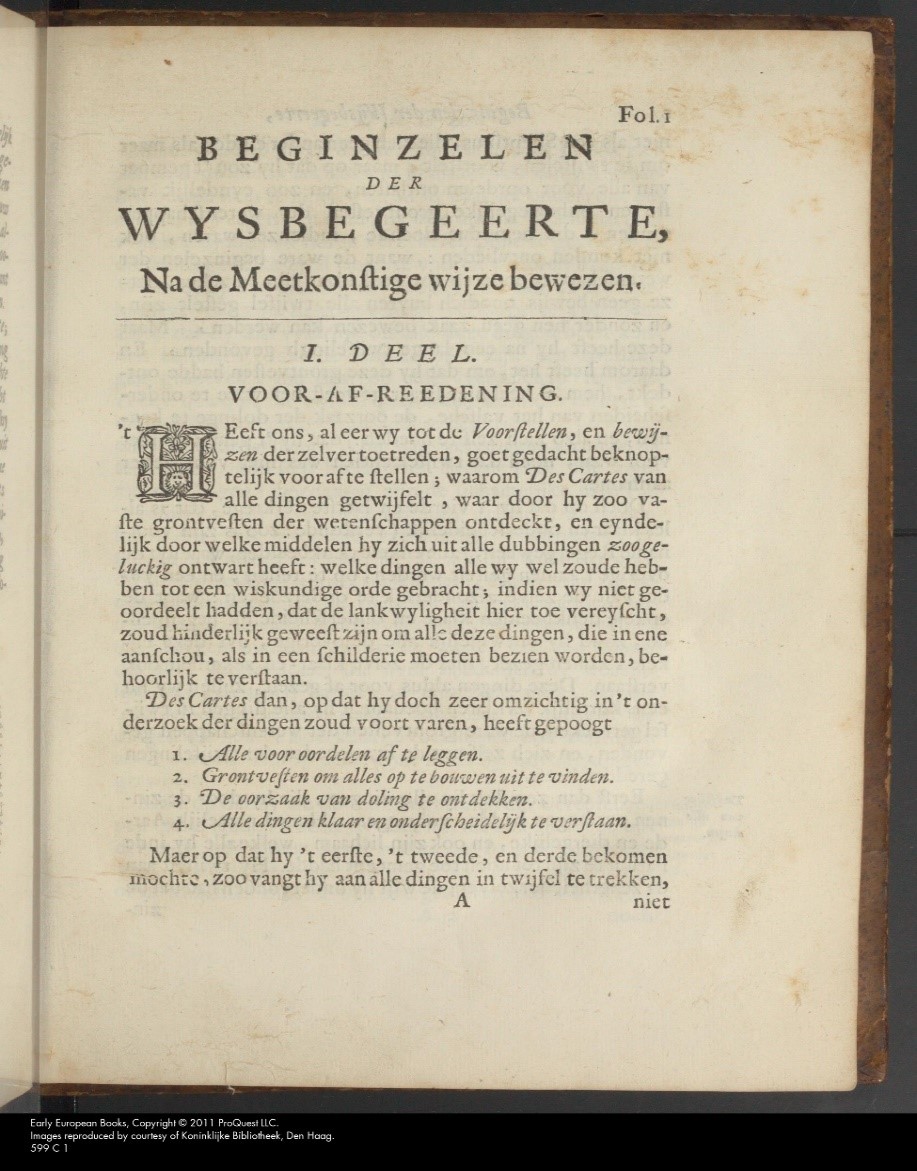 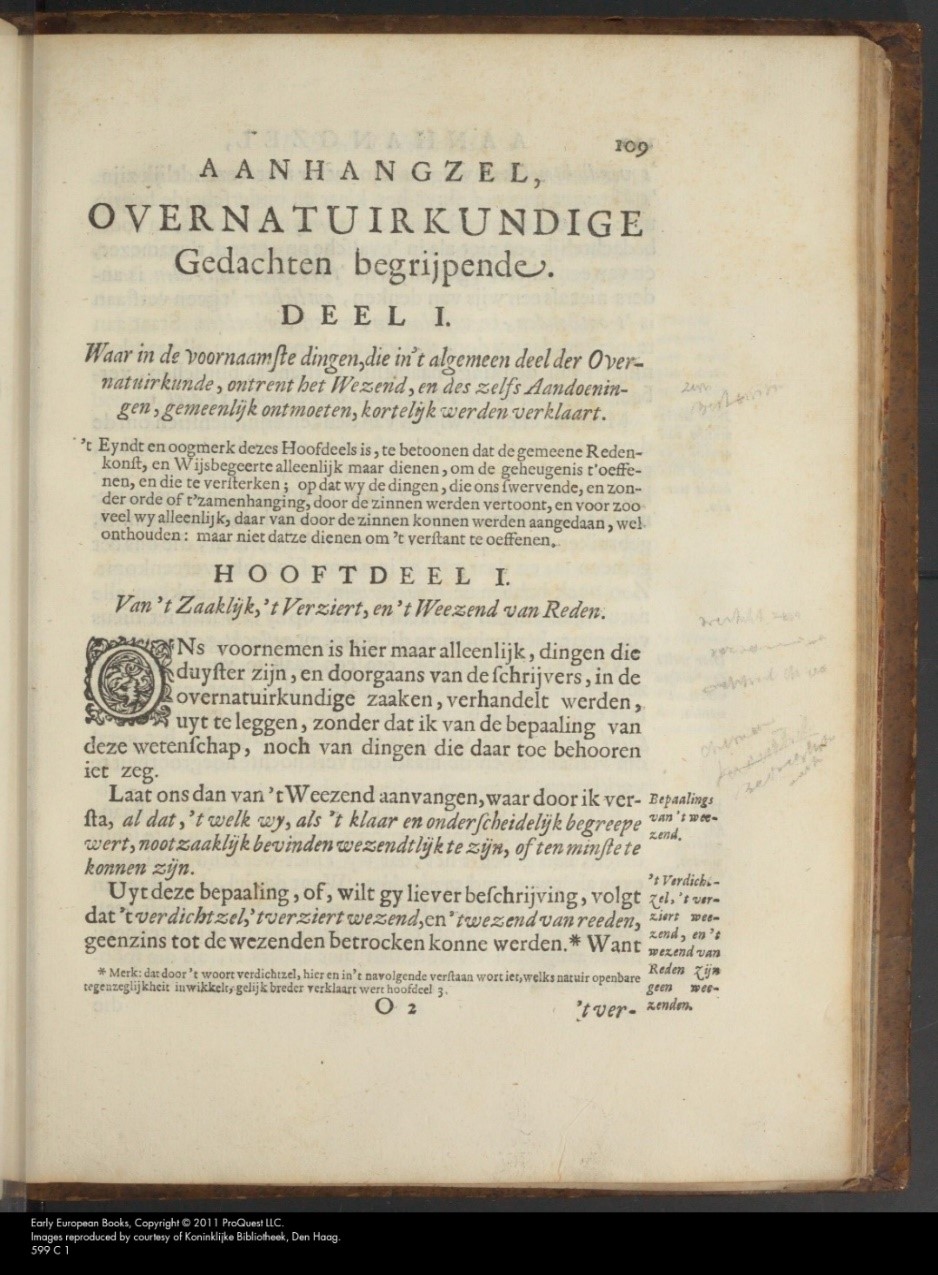 Jan Rieuwertsz Sr published a Dutch translation of Spinoza’s 1663 presentation of Descartes’s ‘Principles of Philosophy’. From Spinoza’s correspondence with the Dordrecht pontgaerder (grainbroker) and amateur philosopher Willem van Blijenbergh it can be inferred that the Dutch edition was issued sometime before mid-December 1664.

When Spinoza exactly started preparing for a Dutch translation of Renati Des Cartes Principiorum philosophiae pars I et II; Cogitata metaphysica is undocumented. For the new edition, though, he or perhaps Lodewijk Meyer equally revised and improved the text of the Latin quarto edition at several instances. It is virtually certain that the translation into Dutch, Renatus Des Cartes Beginzelen der wysbegeerte, I en II Deel; Overnatuurkundige gedachten, was made by the Amsterdam Mennonite broker Pieter Balling, who is also believed to have also authored a translation of Parts 1 and 2 of the early ‘Ethics’ into Dutch.

More significantly, he was also the author of the Dutch translation of the First and Second Part of the early Ethica made during the early 1660s which was used by the purist Jan Hendriksz Glazemaker for composing the text (Zedekunst) of the Ethica in De nagelate schriften, the Dutch edition of the posthumous works (1677).

Autograph and/or apograph by [Balling] is no longer extant