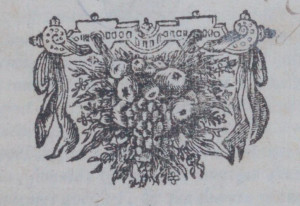 Sometime during this ‘Disaster Year’, a newly laid-up impression of the Latin quarto edition (T.1) of Tractatus theologico-politicus was issued clandestinely and, undoubtedly, Jan Rieuwertsz Sr was the driving force behind the publication of this new underground volume again. The existence of the edition was first noticed by Emil Weller in Die falschen und fingirten Druckorte. The place of the book’s printing and its publisher are falsely indicated in the same manner as in the T.1 volume: ‘Hamburg’ (for Amsterdam) and ‘Henricus Künraht’.

Two variant states of this one edition are known which are commonly indicated T.2 and T.2a. These variants evidently concern just one single laid-up edition with two different title pages. The responsible printer was very probably once again Israel Abrahamsz de Paull (Jagersma and Dijkstra, 2013).

Basically, also the title-pages of T.2 and T.2a are a line-by-line reprint of T.1—including the yoke ornament on the title-page—whereas also their type and layout of both variant states are largely identical with the edition issued in 1670. The first nine lines of their two title-pages turn out to be the reimposed type of T.1. title-page.

The T.2 variant is dated 1672. It has in Roman numerals ‘ᴄ I ᴐ I ᴐ  clxxii’ (MDCLXXII). On closer inspection, though, it can be observed that two slightly higher typeset I’s are added to the older date ‘MDCLXX’, thus changing it into 1672. The title-page of T.2a still has the old date 1670, ‘ᴄ I ᴐ I ᴐ  clxx’, which by itself only indicates straight-copying of T.1.

Which variant of the reprint of the Latin quarto edition of 1670 preceded which exactly is unclear. The T.2 variant, dated 1672, may have been firstly planned.The publisher may however later suspended the production of its title-page and ordered his typesetter to alter the date on the new title-page of variant T.2a into the old date 1670, perhaps to mask a newly laid-up volume. Variant T.2a may also have come out first and was then followed by the new T.2 with the new title-page. Given the state of evidence, though, this is all a matter of speculation.